This is an academic paper that I addressed Egyptian women’s social status in. Feed back is highly valued (Updated)

This paper argues that men’s unemployment in Egypt affect women’s social status badly. It examines the different manners of exploitation and offers some solutions.

“A plumber killed his wife and his children due to financial problems” (artrick, 2012) such a title is becoming very common for us to see in the everyday Egyptian news. The plumber said his wife cheated on him, and he decided to kill her without any evidence. However, during the investigation he says he killed her due financial problems that aroused shortly after her father died and him returning from Libya. Such incidents should have urged the society to ask, how bad is the effect of men’s unemployment on women’s social status in Egypt, sadly it didn’t. Egyptian woman are subjected everyday to abuses in the society for example sexual harassment, brutal beating, and sometimes murder. Many people justify abuses such as sexual harassments saying “They are unemployed and they cannot get married, this is why they misbehave.” Men’s financial status turned into a legit justification and a tolerable excuse of any abuse. What happens to women under that social cover of their abuses? Men’s unemployment and the decline of economic standards are increasing in Egypt and so is women’s exploitation. In my paper I argue that the higher the rate of Men’s unemployment, the higher the rate of women exploitation.

IMF reports that during 2011 alone unemployment rose in Egypt by 3.5% (Ahmed, 2012) given that it was already high in 2009 to the rate of 9.4% of the working force (bayoumy, 2009). That means that right now, out of the 25M workforce there are over 3.22M that are unemployed. In the MENA area, not just Egypt, the manhood comes from the “sovereignty” of men over their families, and their financial issues. In cases of unemployment, the family has no choice but sending the woman to work. Problems blast when unemployed men realize that they lose their sovereignty once their women become the supporters of their families. It’s an unacceptable norm that a man sits at home and the woman goes to work. It is labeled in the society as a disgrace. As a result, women go to the work force, feeling unprotected, because a man who won’t support a woman won’t protect her. She also walks into a society that blames her for not only the unemployment of her husband, but for any abuse that she’s subjected to.

Sexual Harassment is one of the brutal attacks that an Egyptian woman has to deal with on daily basis. All Egyptian women, in any manner of dress got subjected to it, even veiled women in Nikab. It starts with nasty sexual words and turns into brutal sexual actions, that sometimes turns into rape. The ugly thing is that if a woman calls out for help, people gather, and shout at her for crying out loud in the street and blaming a man for something they can’t prove as “She is a woman”.  But, what does the other side has to say about it? How do they justify their doings? “We are depressed, we can’t find jobs and money, and what do you expect?” says one young man (Maqbool, 2013) another adds voluntarily: “You can’t help it!” (Maqbool, 2013) While the third ends the conversation saying “They shouldn’t come here!” (Maqbool, 2013). These responses highlight the rejection of such men of women. They see the woman that is a supporter in a higher status than his, and that is one of the reason they harass her for. Wrapping up this point, sexual harassment is a brutal social attack of which women are daily subjected to, that is attributed to unemployment of men.

Brutal beating and murder are other forms of violence against women. A few weeks ago a man beat his wife to death, because he wanted her to sign him a check and she refused (Gad, 2013). The woman’s brother told the press that the husband usually beats his sister, and he never thought she would die of it. The plumber above kills his wife and two daughters out of financial reasons (artrick, 2012) and tries to put his murder in a socially accepted manner, as in “the-suspected- cheating wife”. However, in order to justify the killing of his two daughters he said “I felt that I should give them away for the sake of Egypt!” (artrick, 2012). Men’s financial status and unemployment were behind both murders.

I argue that the solutions to such situations exist; they could be implemented by social engineering and a political call. By social engineering I mean forcing new ideologies and norms on the society, through media or education. This engineering will help the society accept the working woman and her status. It would eventually decrease and put an end to some of the abuses women are subjected to. On the other hand, a political call can be implemented in a parallel manner between the economical and legal approach. The economical approach is based on generating more jobs and employing the unemployed. The legal approach would be towards putting harsh sanctions upon sexual harassers and those who commit family violence of any kind.

Blinking crime reports on the news may sound so cliché, but at the end of the day they report from the aching heart of the society, where one pulse might change the world. One tiny article on one murdered woman must lead us to ask why? Answering this question will help us save the others, if we act fast enough and wise enough.

Ahmed, M. (2012, June). Youth Unemployment in the MENA Region: Determinants and Challenges. the World Economic Forum’s Addressing the 100 Million Youth Challenge—Perspectives on Youth Employment in the Arab World in 2012.

bayoumy, Y. (2009, May). Egyptian unemployment is set to rise from around 9 percent now because the most populous Arab country is not sustaining high enough economic growth to support its population, the trade minister said on Saturday. Reuters. 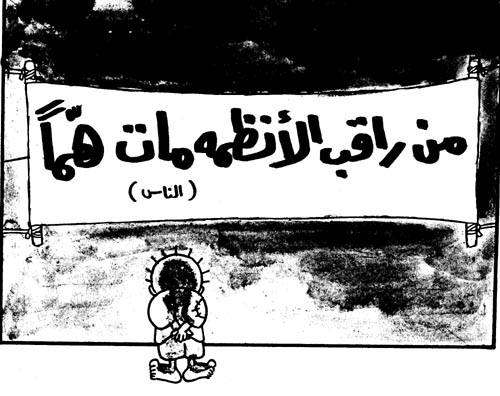